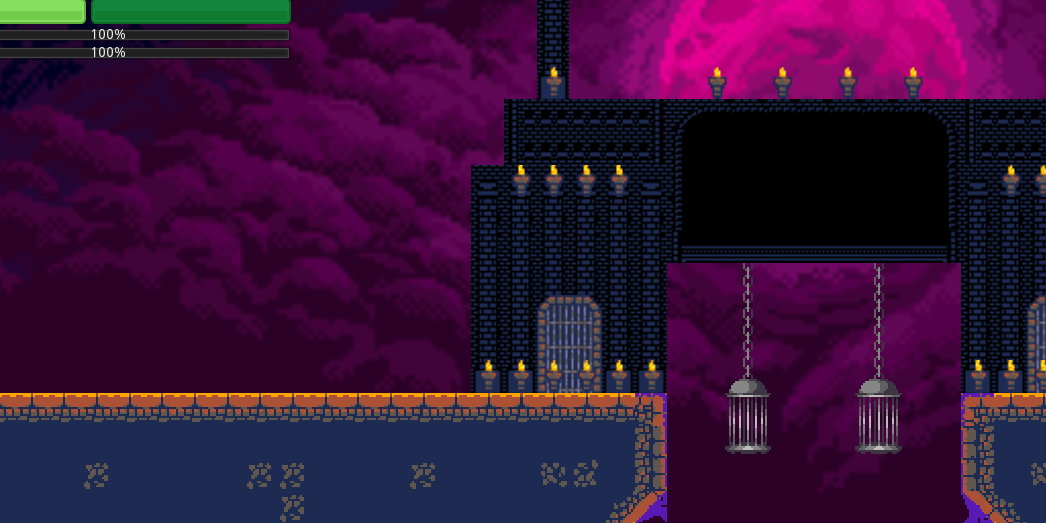 Boundless was such a jump up from Nuclear winter giraffe it is astounding. Not just from a gameplay perspective, but also from a design and coding perspective. ALOT of reused code came from Boundless (though not all of it like I long thought), the evolution of the gameplay was fast but interesting, and it was good to get at least PART of the story of Aronacht (which is a much bigger Castlevania clone concept I've had brewing for YEARS).

Gameplay wise Boundless was originally conceived as a procedural endless VERTICAL runner for cell phones. I snagged the Richter Belmont sprite and went to work on the core movement. Less than 1 week later, this was distinctly NOT fun to play, and required way too much precision for touch only controls. I didn't want another platformer, so it morphed into a metroid-vania game. And since it was metroid-vania, I decided to glue on my Chronicles of Arnonacht concept on to it, telling a side story between chapters 3 and 4 of his tale.

Building this was ALOT of discovery. I used a quest system similar to the one I was used to using back in my shards of dalaya days, and had to work out how to affect the world based on it. Persistence and saving was also required, so I had to figure that out. State machines abound, though ultimately it isn't a great implementation. The dash was interesting, as I didn't expect it to do what it did, and launching off of ramps was PURELY accidental, but after I did it, became a core component of the exploration.

If I had a complaint it would be the Grip system, while integral, feels clunky. Really all controls are kinda floaty and clunky, which leaves you prone to mistakes. Alot of the debug stuff was left in to the build as well, but thats due to me running out of time during development.

Overall I really enjoyed working on Boundless, and perhaps someday we'll see it completed as a passion project.